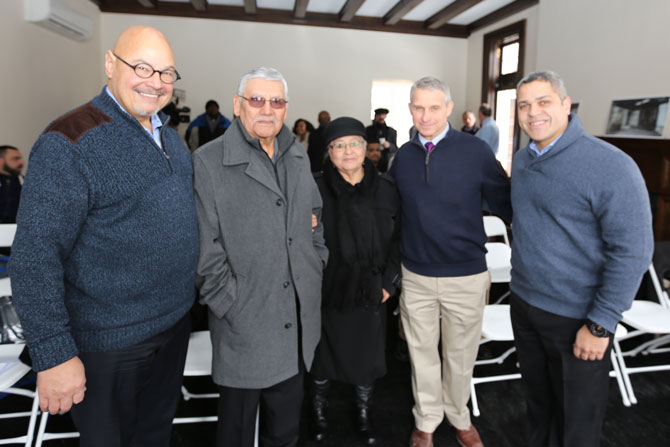 "RPM deserves credit for breathing new life into this historic home and preserving our rich history in Forest Hill while at the same time providing much needed, high-quality affordable housing for our residents,” Ramos said. "This proves that affordable housing can be done well."

Constructed in 1920, the Tudor-Revival House was built by the prominent Wright-Clark family, the union of the Clark Thread and Nairn Linoleum Newark Co. industrial families.

Located at 527 Mount Prospect Avenue, the home is one of the most outstanding early 20th Century historical revival houses in Forest Hill. At its prime, the house reflected the architectural opulence of the era and the neighborhood.

But the home was abandoned in the late 1980s. Over the years, the home began deteriorating and was broken into many times. Without any maintenance, the roof skylight eventually gave way, allowing rain and snow to fall inside the house ruining the woodwork and plaster.

Ramos said the city tried to sell the home several times to developers who proposed using the building for variety of purposes, including a nursing home and a beer museum. 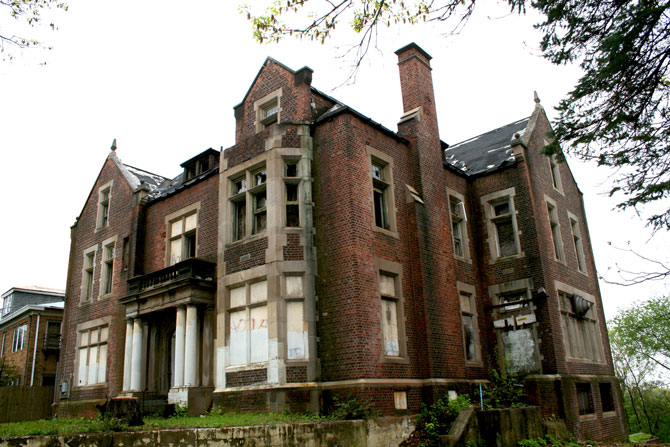 The Wright-Clark house on Mount Prospect Avenue had fallen into disrepair and became an eyesore in the Forest Hill neighborhood after it was abandoned in the 1980s. 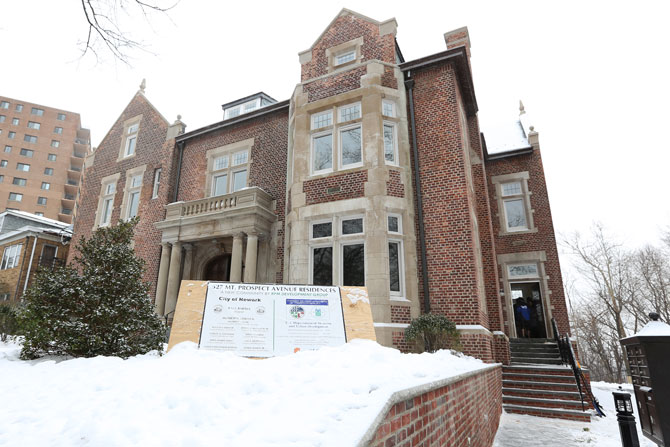 The Wright-Clark home after renovations by RPM Development Group.

Ramos praised the developer for its painstaking restoration of the historical house. RPM Developers worked with Zakalak Restoration Arts, Inglese Architecture + Engineering and Palermo Edwards Architecture to faithfully restore many of the architectural details.

"This is an example of an exceptional public-private partnership and a testament to the City of Newark’s vision to achieve the restoration of this important historic asset," said Edward Martoglio, one of the founders of RPM Development during a open house on Jan. 26 that was attended by Mayor Ras Baraka, Councilmen-at-Large Luis Quintana and Carlos Gonzalez, and Deputy Mayor Baye Adofo-Wilson.

Martoglio noted that RPM employed a local workforce and the project exceeded all requirements in local and minority hiring.

Originally built as a sixteen room, single-family home, the house now has seven rental apartments over three floors and a walk-out basement. The unit mix consists of one studio unit, two one-bedroom units, one two-bedroom unit, and three three-bedroom units. Residents are scheduled to move-in during January 2015.

"It's gratifying to hear the positive impression that this endeavor made on a number of our community's residents," Paul A. Agostini, secretary and communications director of the Forest Hill Community Association Inc. "This was a tremendous undertaking that transformed an eyesore into a viable dwelling that still retains its historic appeal...a true gem."

The home has a long and storied history in Forest Hill. During the 1920s, it was the home of British-born author Coningsby Dawson, who is best known for his World War I era novels, including, Garden Without Walls, which was a bestseller in 1913. Dawson continued to write while living in the house. Including, “The Women Who Never Cried,” a play written in 1929.

Dawson was married to Helen C. Wright-Clark, daughter of Peter Campbell who was head of the Nairn Linoleum, and widow of John Wright-Clark, who was a member of the Clark Thread family. They married around 1919, and Helen built the house for her new husband, and two children from her previous marriage, Margaret and Peter.

The family -- Helen, Coningsby, and the children -- continued to live at the address for at least a decade. Helen and Coningsby also had another son, MacGregor, in 1922.

When the family moved to Santa Monica, Ca., in December 1940, the house was sold to Dr. Anthony F. DePalma for his medical offices. The house continued to be used by medical professionals for at least the next twenty-five years, when it became a nursing home. The nursing home closed in the late 1980s and the house was abandoned.

The $580,000 grant was funded through the Dodd-Frank Wall Street Reform and Consumer Protection Act of 2010, which made Neighborhood Stabilization Program 3 funds available through a direct allocation to states and entitlement communities for eligible housing activities to be made affordable to individuals or families whose incomes do not exceed 120% of area medium income.

The project also received funding from the Department of Community Affairs through the Neighborhood Enhancement Program, a construction loan from TDBank, and private equity from Park Street Associates.