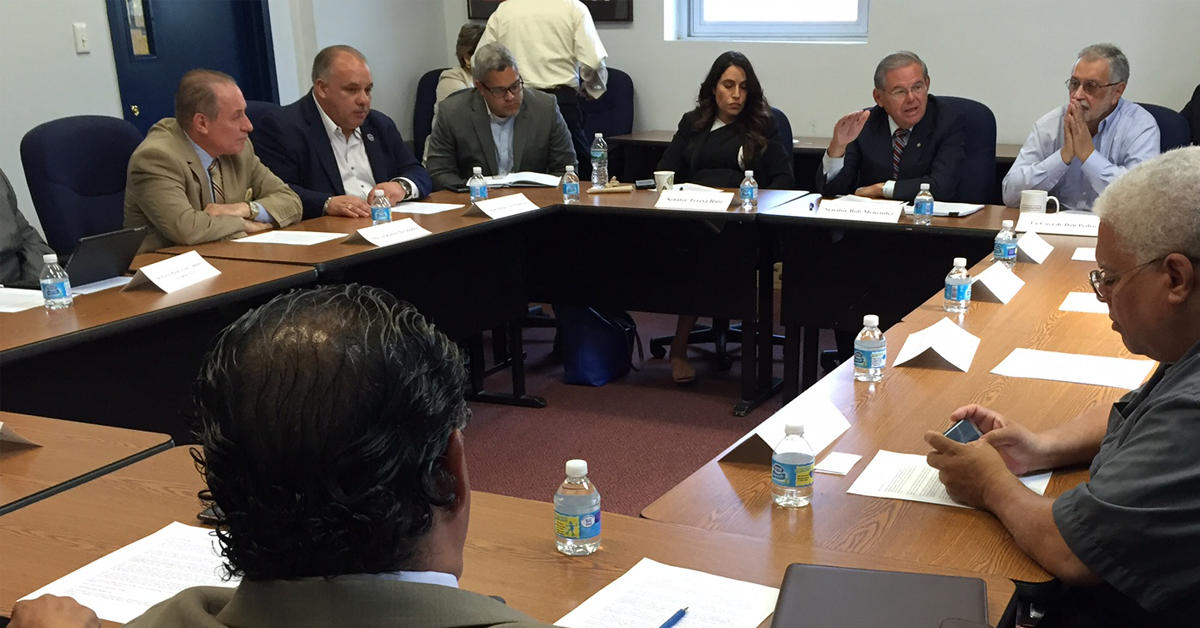 I was invited to participate recently in a roundtable hosted by U.S. Sen. Robert Menendez along with other elected officials and other stakeholders on the economic debt crisis in Puerto Rico. Like many others, I am opposed to the financial rescue package called PROMESA that was approved by the U.S. House of Representatives on June 10.

The House bill offers little promise for the economic turnaround for the island of Puerto Rico. It imposes an Oversight board, which will be appointed primarily by Congressional leadership and does not guarantee any representation from Puerto Rico, including the governor as a voting member.

Moreover, Promesa does not offer a clear pathway to restructure debt in Puerto Rico but instead empowers the Oversight board the authority to reduce the minimum wage for those under 25 years of age and overtime pay provisions along with instituting major cuts to government spending. The bill ignores the need for the island to protect its pension obligations for retirees. Turning your to back to working families will continue to increase migration from Puerto Rico and further diminish the economy in the island.

While I believe the austerity measures are important, the fact is that Promesa does not include provisions to help incentivize the Puerto Rican economy. Currently, Puerto Rico spends about 30 cents on the dollar for debt payments. Incentives such as the former Section 936 are crucial to positioning the Puerto Rican economy as a viable option for business and growth.

Please sign my petition and join me in opposing PROMESA and instead encouraging Congress to pass a proposal championed by Sen. Menendez.