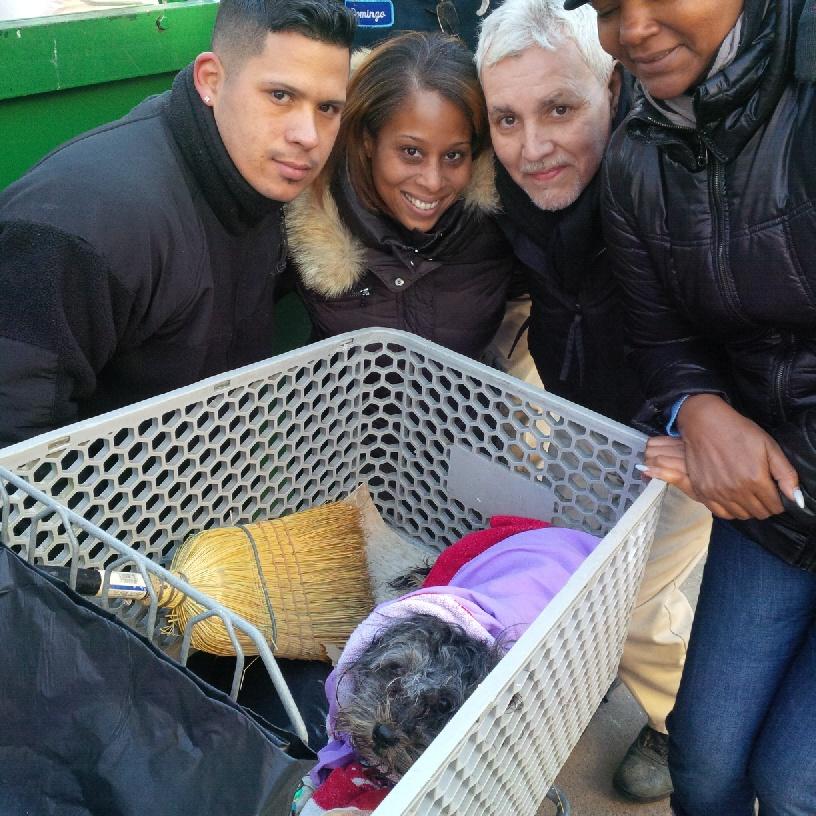 “As we were opening the dumpster, I noticed what we thought was a wig,” said Cito Maisonave, one of the maintenance workers. “But then we saw it moving.”

The crew pulled the dog out of the dumpster, wrapped it in blankets and brought it to a warm area. Maisonave said the dog was matted and emaciated, but responded once it warmed up.

Councilman Ramos, who was called by the crew, reached out to the proper authorities. The dog was taken by Newark Animal Control. Maisonave said an investigation letter was left on a door of an apartment in the complex, where it is believed the dog’s owner lives.

“It’s unfortunate that a dog owner would just discard a pet like this,” said Councilman Ramos, who lives in the complex. “Thanks to the quick thinking of these workers, the dog was rescued. I hope it will find a good home.”

Along with Maisonave, the others involved in the rescue were Isais Morales and Domingo Martinez. All work for Kamson Corp., the property manager of Forest Hill Terrace.