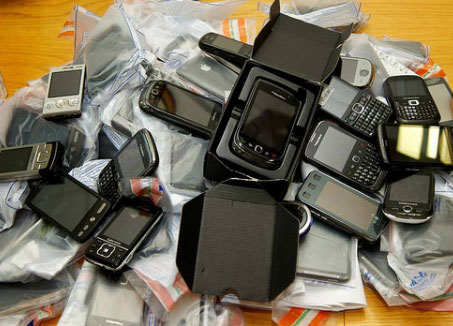 The legislation was unanimously adopted by the City Council on first reading today. A public hearing on the measure has been scheduled for Dec. 17.

“Newark, like many cities across the country, has seen a dramatic rise in robberies and much of that can be attributed to people being robbed of their mobile devices,” Ramos said. “A stolen mobile device can be sold for anywhere from $100 to $200 cash at one of the many second-hand dealers that have opened in our city with no questions asked. Once this legislation passes, it won’t be as easy to sell a stolen cell phone in Newark.”

“Creating this ordinance making it mandatory for merchants to require sellers of cell phones to produce valid identification is another way the City Council will show is continued partnership with the Newark Police Department and the NDD via the Community Resource Center to eradicate the quality of life violations that interfere with the peace of mind, which is every person’s right,” McMillian said.

“If someone wants to sell a mobile device that they purchased, they should have no problem showing their ID to a dealer,” Ramos said. “Someone selling a stolen mobile device isn’t going to want to have their name recorded. By shutting down this secondary market, we will definitely curb robberies in our city.”