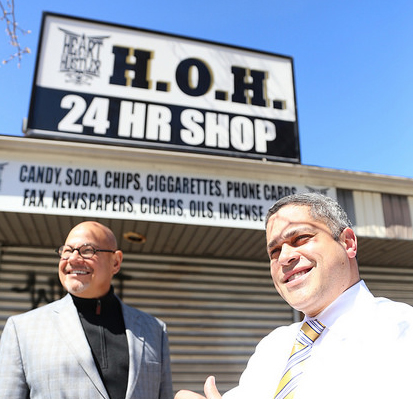 “This is a quality of life issue as well as a public safety issue,” Ramos said. “There is absolutely no reason for these shops to be open in our residential neighborhoods in the middle of the night.”

Ramos initially proposed legislation last year that would prohibit convenience stores that sold tobacco products from operating 24 hours a day. But the legislation was challenged in court. Ramos said his latest proposal was written to address the concerns raised in the legal challenge.

Under the legislation, all new and existing convenience stores with less than 10,000 square feet of floor space accessible to the public must obtain a certificate of registration from the Newark Police Department.

All convenience stores will be required to close by midnight during the week and by 1 a.m. on Friday through Sunday and on holidays and cannot open until 5 a.m. However, Ramos’ legislation allows for certain exemptions from the overnight closure requirement.

If a convenience store 2400 square feet or larger wants to stay open 24 hours, it must have security camera recording the entrance and the entire selling area of the store. In addition, the register must be visible from the street.  If not, they will have to apply to the police department and make a compelling case for why they should be granted a waiver or relief from the law.

Any convenience store in the interior of a building, such as a hospital, office building or a hotel, is exempt from requirements to close after midnight.

“We wrote the law to allow legitimate 24-hour convenience stores to continue operating,” Ramos said. “But we made it very difficult for anyone who wants to use a convenience store as a front for drug dealing.”

A public hearing has been scheduled on the measure on Dec. 17.