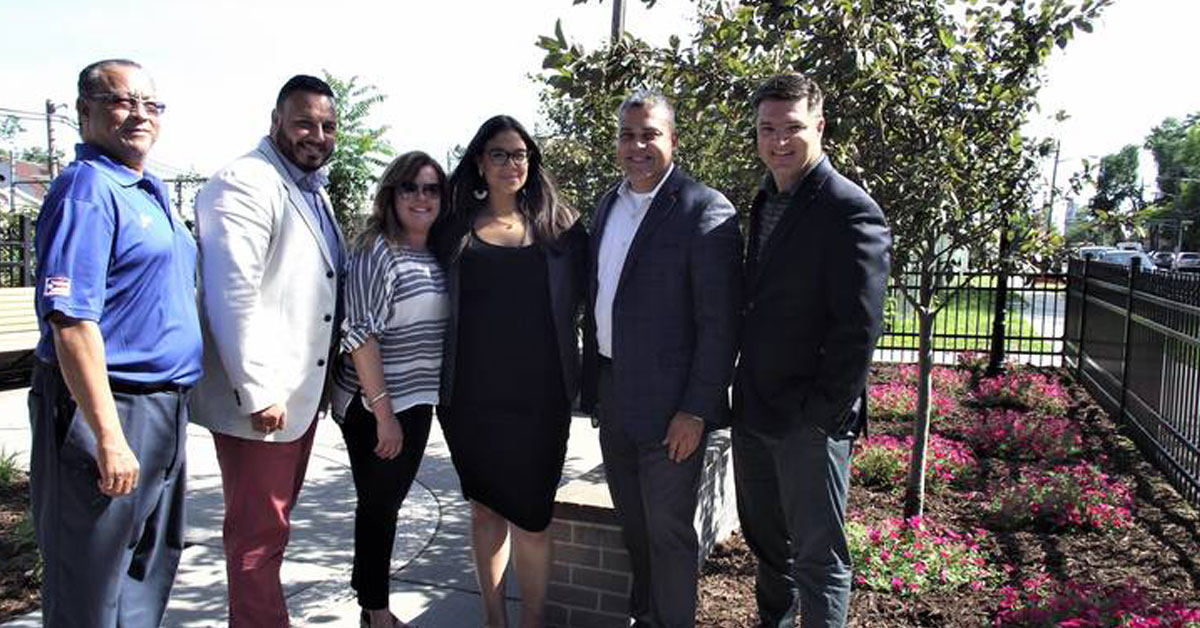 Named Common Thread Park in recognition of the Clark family’s impact on the area, it is the first in the city to complete renovations and improvements using Green Acres funds. The funding was made possible by city voters, who approved a ballot question in 2013 to establish an Open Space Trust Fund.

The trust generates more than $ 1.7 million annually to acquire, develop and maintain parks, neighborhood playgrounds and ballfields in Newark.

“We have some of the state’s greatest parks here in Newark, including Weequahic and Branch Brook Park, but we can’t forget about some of the city’s smaller parks, which are located in the heart of many neighborhoods,” Ramos said. “What we did at Common Thread Park can be a model for how we can tap Green Acres funding to beautify more of our smaller parks throughout the city.”

Ramos said he realized that getting the park open was only part of the challenge. Ongoing maintenance, including landscaping and cleaning services, would be needed year-round. Programming activities in the park to keep things positive and deter negative activity, also would require focus and resources.

Volunteer board members of the Mt. Prospect Partnership (MPP), the District Management Corporation for the Mt. Prospect Avenue Special Improvement District, were discussing the possibility of adopting the park.

The organization, representing residents, business and property owners on Mt. Prospect Avenue, was already providing supplemental streetscape services in other parts of the district and was looking for opportunities to expand services in the area near 2nd Avenue.

The park proved to be a perfect match, said Partnership Administrator Chris Bernardo.

The Partnership has since worked with Ramos to establish a 3-year work plan covering 2018 through 2020, which, among several other capital projects, includes ongoing maintenance of the park as a priority.

“Part of my goal was to get neighborhood-based groups to take an active role in maintaining our parks,” Ramos said. “I am glad to see MPP step up.”

"We envision a functional public space that serves as an asset to our residential stakeholders on Mt. Prospect Avenue," said Bernardo.

In addition to daily maintenance and programming, the Partnership may look to establish more holiday programming in and around the park, including holiday decorations and festive lighting effects inside the park.

MPP board member Rita Alvarez said her family’s business, Alvarez Funeral Home, is located nearby, and having the park maintained as a positive space for activities and events was beneficial to the business community as well as local residents.

With two managed districts in the North Ward, on Mt. Prospect Avenue and Bloomfield Avenue, Ramos said he is a big supporter.

“There is so much we can accomplish together through these public-private partnerships that benefits the people of the North Ward and other parts of the city,” Ramos said.