A free community collection event! Stop by Elwood Park (aka Phillips Park) at the intersection of Elwood Avenue and Elwood Place near Lincoln Avenue – rain or shine – to recycle your old TVs, computers, laptops, printers, phones, small household appliances and other e-waste.* 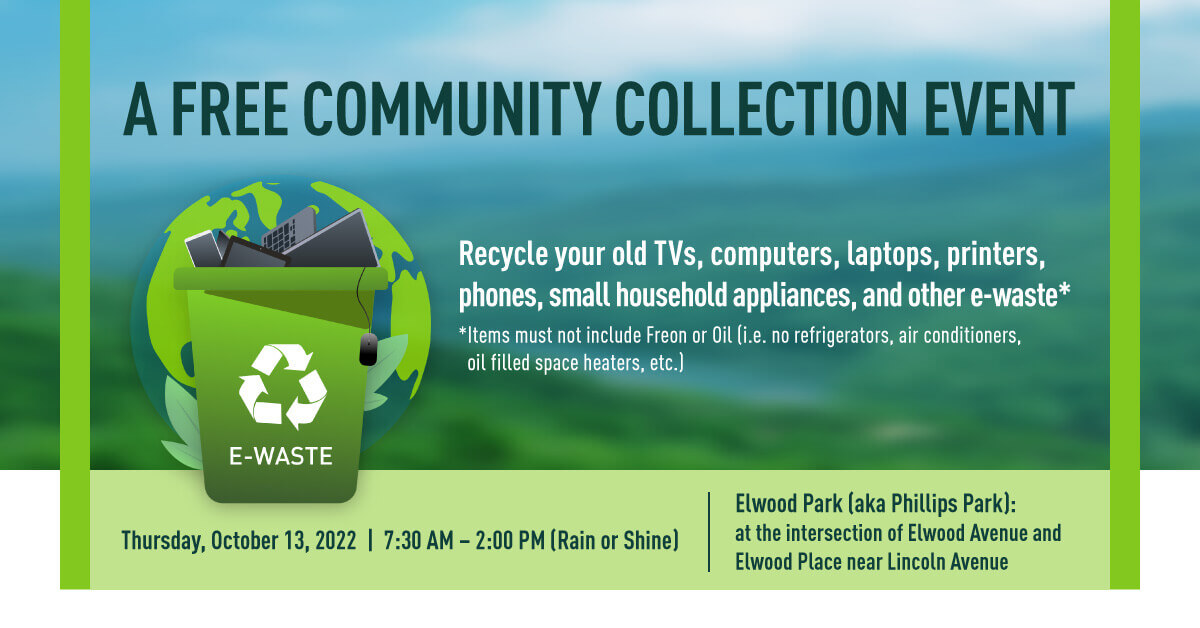 What you can recycle

What you cannot recycle

*Items must not include Freon or Oil