Ground Broken on New Multiuse Athletic Field at the Waterfront 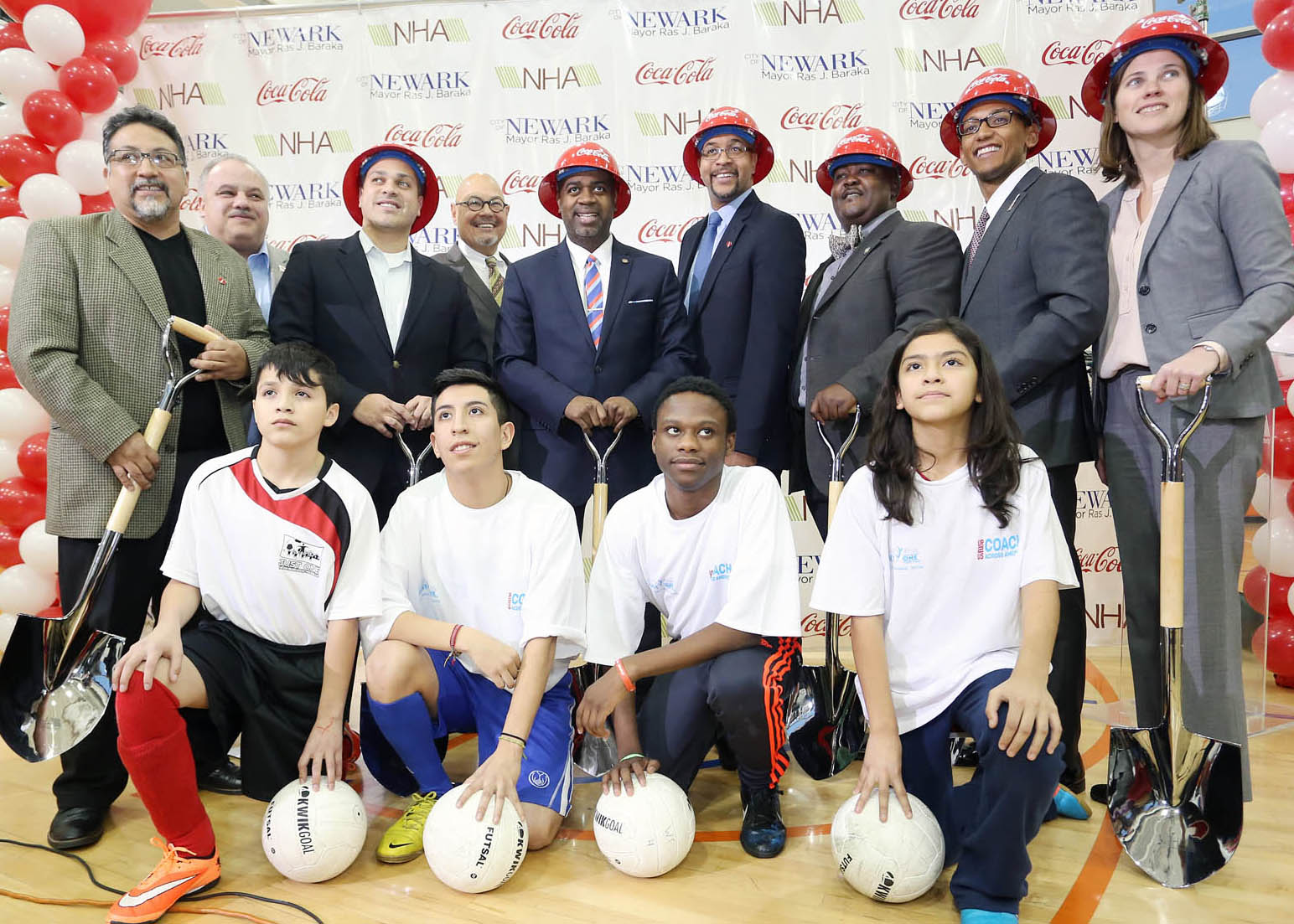 Ground was broken on a new multiuse athletic field at the Waterfront in the North Ward that will be funded in part with a grant secured by North Ward Councilman Anibal Ramos Jr.

Owned by the Newark Housing Authority, the $9.7 million Waterfront opened in May 2013 as a center for sports, arts and entertainment. However, a large field behind the complex remained a work in progress.

Ramos took the lead in securing a grant from a 2012 settlement of a lawsuit between the City of Newark and the Hess Corporation that dedicated $7 million to health and education programs and $5 million for other programs that directly benefit the city.

“I am extremely proud to have played a role in securing $100,000 from the city’s settlement with Hess for the construction of a soccer field at the Waterfront,” said Councilman Ramos.

“This is an investment in our children that will pay dividends for years, giving them a place to participate in a healthy activity in a safe environment,” Ramos said. “The Hess settlement funds were intended to be used for exactly this kind of community project that will benefit all the residents of our city, but especially our youngest.”

The field will be constructed of artificial turf and is expected to be completed in the Spring of 2015. In addition to the Hess funding secured by Ramos, the estimated $800,000 construction will be funded from a grant from The Coca-Cola Company through the National Recreation and Parks Association, Constellation and the Newark Housing Authority.

“We hope that this soil will cultivate many upcoming wins for our local soccer team leagues in Newark,” Mayor Baraka said. “We are grateful to Constellation Energy, The Coca-Cola Company and all those who have worked with us to provide this
much-needed field and for helping us transform Newark into a City we can all believe in.”

“Working with the Newark Housing Authority and local officials, we are thrilled to help bring this new multi-use field to the Waterfront,” Sullivan said. “We believe thriving activity spaces such as this are the cornerstone of neighborhoods and provide a safe environment for families and friends to enjoy being active together.”

Rachel Duncan, a corporate relations manager for Constellation, said giving back to the communities served the the company is a key part of Constellation’s culture.

“The athletic field is an extension of our energy efficiency work with the Newark Housing Authority and its efforts to provide a green, healthy and vibrant community for the residents of Newark,” Duncan said.

HUD New Jersey Field Office Director Maria Maio Messano said the athletic field will be an asset that Newark families can enjoy for generations to come.

“I am pleased that HUD was able to allow the field on housing authority grounds, and I look forward to seeing this expansion come to fruition,” Maio Messano said.