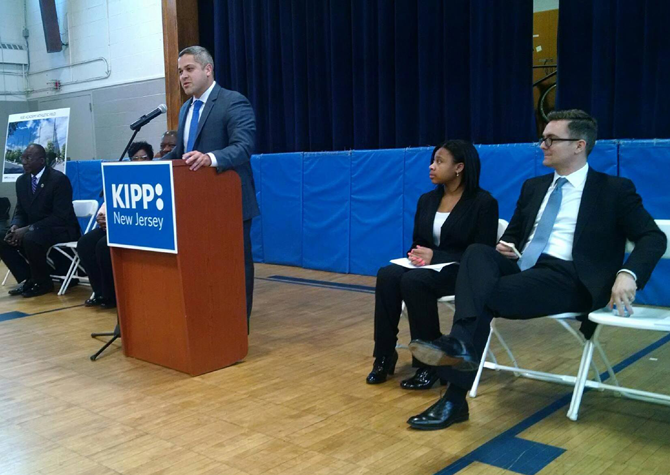 The bill, introduced by Assembly Education Committee chairman Patrick Diegnan (D-Middlesex) and Assemblywoman Mila Jasey (D-Essex), calls for a three-year moratorium on the expansion of existing charter schools. Charter schools are free public schools that are open to all students of a district and do not require entrance exams.

"On behalf of the children of our city, I want to congratulate my council colleagues who voted in favor of this resolution," said Ramos, a former member of the Newark Public Schools Advisory Board and a strong supporter of quality public schools. "This is a vote that supports the children and families of our city. We have thousands of children in Newark alone who are on waiting lists to attend charter schools. The last thing the legislature should be doing is limiting their growth. What we need instead is legislation that would improve the monitoring of existing charter schools and allow quicker corrective action on those schools that are not performing well.”

A copy of the resolution will be sent to the Essex County legislative delegation.

WHEREAS, New Jersey State Assembly Members Mila M. Jasey and Patrick J. Diegnan, Jr., have proposed legislation known as Assembly Bill A4351, which would establish a three-year moratorium on increases in charter school enrollment; and

WHEREAS, the City of Newark Municipal Council wishes to voice its objection to the legislation and urge its defeat.

NOW, THEREFORE, BE IT RESOLVED, BY THE MUNICIPAL COUNCIL OF THE CITY OF NEWARK, NEW JERSEY, AS FOLLOWS:

The Municipal Council urges the defeat of the Assembly Bill A4351, which would establish a three-year moratorium on increases in charter school enrollment.

A copy of this Resolution shall be sent to the Essex County Legislative Delegation.