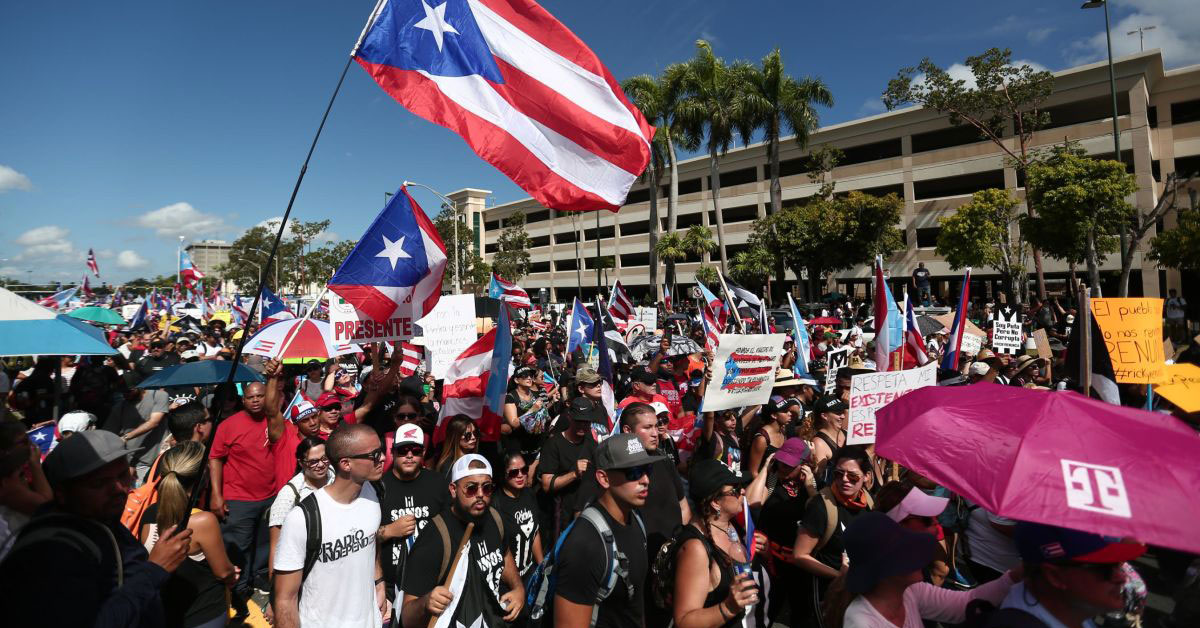 "In the aftermath of one of the most devastating storms that crippled the island, the government should have been a source of support and resources. Instead it has become an entity synonymous with egregious behavior and unconscionable conversations at the expense of Puerto Rican lives.

"For far too many years, a number of officials elected and non-elected in charge of various of important public organizations and agencies have violated the public's trust. The island has been faced with one setback after another: government corruption and financial mismanagement, a 13-year recession, and austerity measures imposed by the Federal Oversight Board that have resulted in reduction in basic services, high unemployment and the inability of residents to access support from the government to help residents rebuild after the devastating efforts of Hurricane Maria.

"Residents of the island have had enough. We have family and friends, from children to seniors, who have attended rallies to express their frustration. This is a pivotal moment for Puerto Rico and the government must embrace the voice of the people.

"The governor has wrapped himself in a delusional ideology that blinds him to reality. His continued presence is an irresponsible atrocity. La gente de pueblo have spoken. We are hopeful for the calls for his resignation are heeded and are followed with continued pressure to position the various levels of government and its agencies in Puerto Rico to be more responsive and accountable to the people it serves."