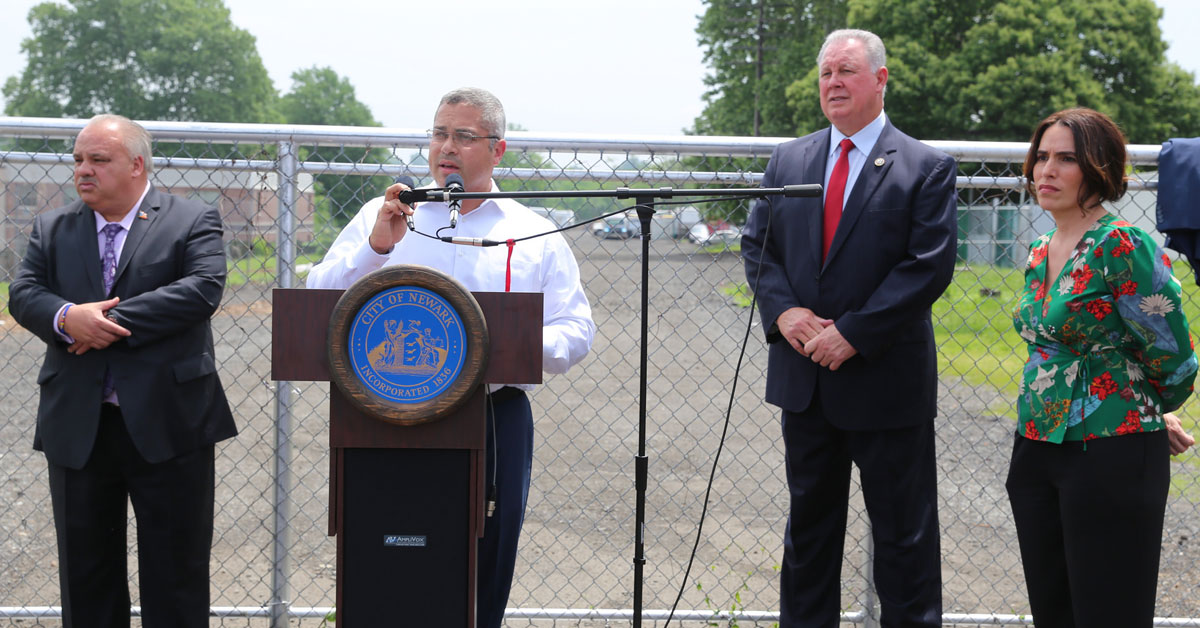 They said Norfolk Southern has leased out property it owns along the abandoned rail line to tenants who are operating industrial businesses in a residential zone without proper permits and zoning variances from the city.

Sires said he has tried to work with Norfolk Southern to resolve the issues raised by Ruiz, DiVincenzo and Ramos, but the company has not been responsive.

“We have been dealing with this issue with Norfolk Southern for several years and nothing was done,” Sires said. “This has been affecting the residents of my district for far too long and it is now out of hand. As a member of the House Transportation and Infrastructure committee, I will continue to work with my colleagues here today and in Washington to ensure that Norfolk begins to pay attention and address the concerns of the community.”

“Since our first meeting three years ago, our offices have been working to find a long-term solution that would improve the quality of life for our residents,” Ruiz said. “Whether pitching the idea of a rails-to-trails project to complement the existing park, or discussing the possibility of creating greater accessibility with a light rail, Norfolk Southern has been dismissive of our requests.”

“In their quest for short term corporate profits, Norfolk Southern’s leasing of this property has created social and environmental impact issues in our community,” Ruiz said. “Today, we are asking Norfolk Southern to stop, remediate the mess and come to the table with a positive, long-term solution that is equitable and respectful to the residents of this community.”

Essex County Executive Joseph DiVincenzo, who supports his colleague’s efforts, said Norfolk Southern has allowed its tracks to fall into a “disgraceful” condition.

“Once the pathways for economic development, transportation and commerce, the unused tracks along the Norfolk Southern rail line have fallen into a disgraceful condition with litter and overgrown brush,” DiVincenzo said. “We implore Norfolk Southern to be a responsible corporate neighbor and properly maintain the miles and miles of land they have. The proper upkeep is vital to the vibrancy of our communities and our residents’ quality of life.”

Ramos said his office has received numerous complaints from residents over the years about illegal dumping and idling diesel trucks.

“This is a real quality of life issue for the residents who live along the rail line,” Ramos said. “The quality of life of my constituents is suffering because Norfolk Southern has been leasing property for industrial uses next to residential communities without any input from the city.”

Quintana said if the rail line was running through a suburb, it would not look like it does in Newark.

“I were to do this in my back yard, I would have to go for a zoning variance,” Quintana said. “There’s violations here. Norfolk Southern should not treat us this way.”