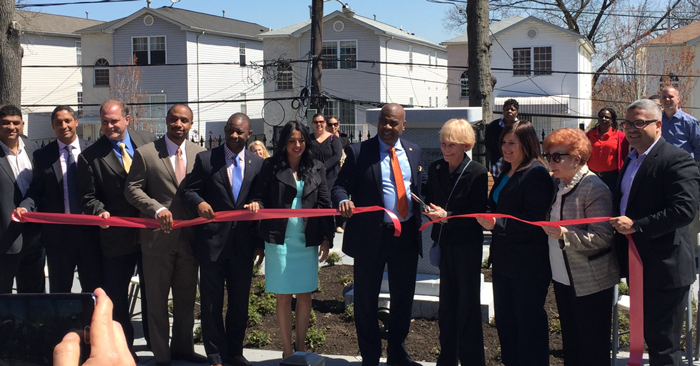 The long-neglected triangular park, at the intersection of Mt. Prospect Avenue and Mt. Prospect Place in the city's North Ward, has been fully renovated with vegetation, seats and artwork that honors William Clark, the the thread titan who lived in the nearby 28-room Clark Mansion at 346 Mt. Prospect Avenue, now the North Ward Center.

"The park is at the gateway to the Mount Prospect neighborhood and it has been turned into a crown jewel of the North Ward," Ramos said. "This is a park that the entire community will take pride in." 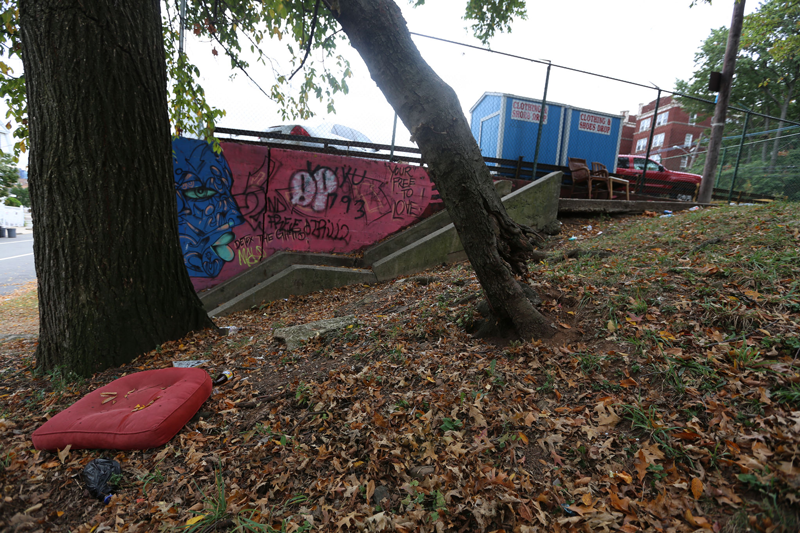 Funding for the park came from the Community Development Block Grant Open Space and Recreation Trust Fund, which was approved by Newark voters last year. The fund places a levy of one cent per $100 of assessed property to provide funding to acquire, develop, and maintain land for conservation and recreation, including providing safe, clean and accessible parks, neighborhood playgrounds, community gardens and playing fields for youth sports. The cost to an owner of a property assessed at $200,000 is $20 annually, less than $1.70 per month.

Ramos has taken a leading role in restoring parks and recreational facilities in the North Ward and throughout Newark since he was elected to the City Council in 2006. Under his leadership, School Stadium, Kasberger Field and Elwood Park have been restored and the Waterfront Recreation Center was built along with a new soccer field that was recently dedicated.

Ramos sponsored legislation placing a question on the ballot that passed in November 2013 with widespread support to create an Open Space Trust Fund to acquire, develop and maintain parks, and neighborhood playgrounds and ballfields in Newark.