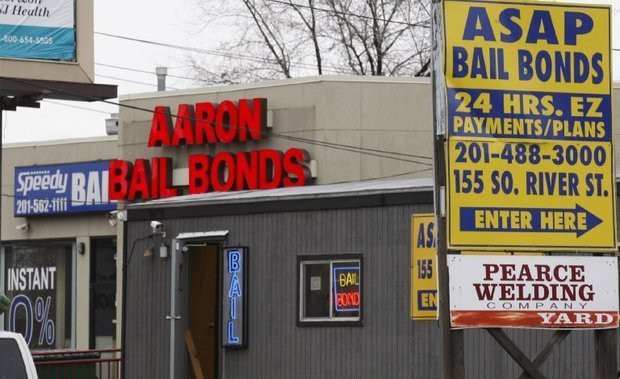 The man was driving a stolen minivan in the North Ward of Newark. When police tried to pull Amir Sinclair Copeland over, he sped off, leading police to McCarter Highway, where he was finally stopped. Rather than face arrest, the 24-year old man jumped into the river.

Just three days earlier, Copeland was arrested in Union for possession of a stolen car. Until this year, he would have had to post considerable bail before he was let back out on the street.

But because of a new bail reform law in New Jersey that took effect in January, Copeland did not have to post any bail and was set free almost immediately to menace our community.

What happened with Copeland is not an exception, but is becoming increasingly common in Newark and across the state.

Over the first two months of the law being enacted, the public has witnessed multiple cases in which high-risk defendants across New Jersey were released, including a "convicted sex offender accused of trying to solicit sexual favors from a 12-year-old girl"; a man arrested twice in three days for breaking into two Middlesex County businesses, as well as a man arrested twice in three weeks, first for a gun charge and then for aggravated assault.

Last month in Newark, a man who was charged with possession and distribution of Controlled Dangerous Substances (CDS) near a public park and on school property was rearrested 11 days later for possession and distribution of heroin, among other drugs. Another man was arrested three times within eight days for burglarizing a church in the East Ward.

Despite all these examples, and surely more to come, I am not opposed to bail reform.

In New Jersey, bail reform was long overdue. It is encouraging to see leaders in Trenton from both sides of the political aisle collaborating and responding with action.

The new law, the Bail Reform and Speed Trial Act, replaces cash bail with "a computer-based risk automated risk assessment, known as the Public Safety Assessment". Judges now utilize the assessment to determine whether to hold a defendant in jail until trial.

The reform offers a promising solution to combat implicit bias and inequality, which persists throughout our nation's criminal justice system. The reforms address the paralyzing effects that imprisonment can have on low-income families and minorities.

This is a step in the right direction, especially for defendants who clearly present a low-risk of failing to appear in court, committing another offense or committing a violent offense. The law also makes it easier to prevent dangerous criminals from paying their way out of jail by holding them without bail.

However, the law contains a variety of loopholes that must be immediately addressed. Evidence shows that risk assessment is failing. For example, the risk assessment does not take pending cases into consideration. A person may show a low number of convictions, but have several pending arrests.

It is crucial to gain a deeper understanding of the assessment's algorithm and other tools that are being utilized to assess a defendant's risk level.

It is also important to invest in a comprehensive training program for pretrial services employees that will better equip them to use these assessment tools effectively. Enhanced training will give pretrial services employees the resources they need to better determine risk level and ensure that individuals who are a safety threat are not released before trial. Increased investment in strong supervision and monitoring procedures is another essential component of the new bail reform legislation.

Having worked to reform the Essex County Juvenile Justice program for the last 13 years, I have seen firsthand that increased supervision and proactive correctional procedures have reduced the number of juveniles in detention and the same is possible for adults.

The reality is that under our state's current bail reform laws, our communities will see an increase in the number of defendants released before trial. Exposing our communities even to a single violent crime that could have been prevented from a stronger risk assessment or enhanced supervision is one crime too many.

New Jersey has already witnessed multiple high-risk defendants like Amir Sinclair Copeland released under the bail reform law in its first two months of operation, making the need for adjustments to the law even more urgent.

The safety of our children and our communities is at stake, and I urge our legislators to come together to enact swift revisions to address these loopholes.

Anibal Ramos Jr. is a councilman from the North Ward in Newark serving his third term.