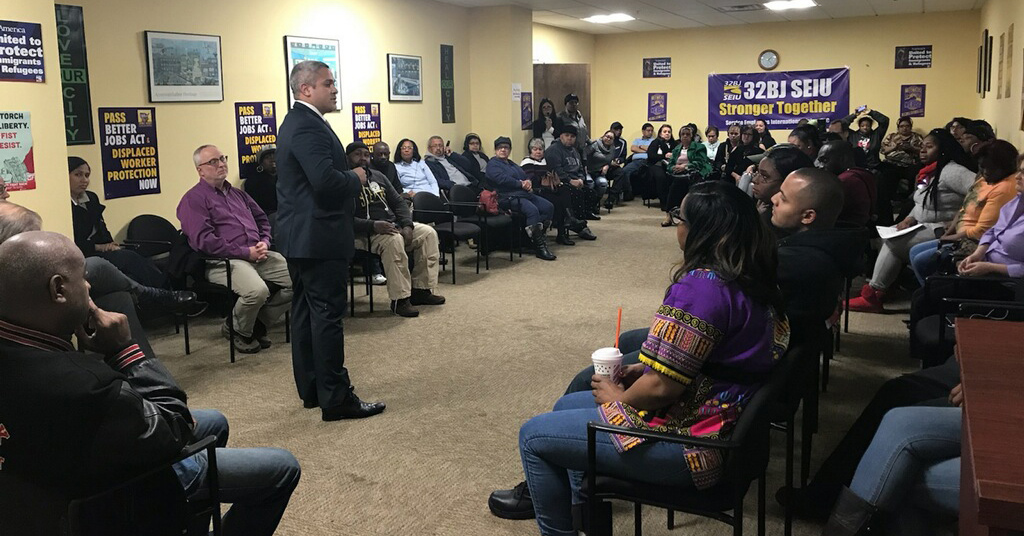 The ordinance will protect subcontracted janitors, security officers, and door attendants from losing their jobs for 90 days when a contract changes hands through no fault of their own.

“Newark is the largest city in New Jersey to date to pass the law and recognizing the essential role contracted service workers play in our economy," said Kevin Brown, executive vice president and New Jersey state director for 32BJ. "This will protect all janitors, security, porters, concierges, and handypersons from unfairly losing their jobs. With this law, the City officials have taken steps to strengthening Newark’s economy and recovery. We look forward to Mayor Baraka signing the bill into law promptly."

With this ordinance, Newark joins Hoboken at the forefront of worker protection provisions for service workers.

“As a displaced worker from the Newark Housing Authority, I am moved to see that workers are now being recognized and protected as essentials," said Marilyn Mars, a security officer and 32BJ member.

"I am happy to know that no other worker will have to experience the anguish of having to make ends meet after suddenly losing their jobs because the contractor changes."

Ramos said he was proud to support the initiative on the City Council.

“As the largest city in the state, we need to act now to establish building-service worker retention rights to mitigate worker displacement," said Ramos, who previously sponsored legislation to protect hotel workers in Newark. "As we move forward in the recovery process, job security and stability are imperative to an employee’s and their family’s physical, mental, and economic wellbeing. I am thankful to my colleagues on the City Council for approving this measure to protect our workers and I am eager to see this bill take effect.”

With 175,000 members in 11 states, including more than 13,000 in New Jersey–32BJ SEIU is the largest property services union in the country.