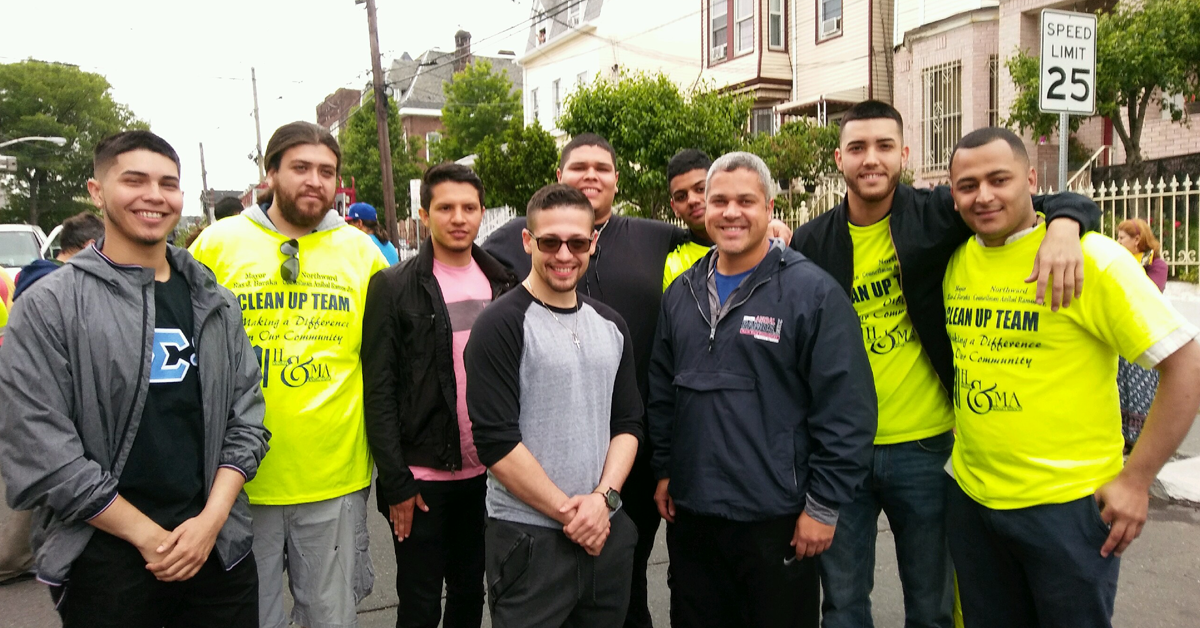 By 7 a.m., volunteers were picking up garbage along the streets and sidewalks, filling more than 60 bags of trash by the end of the day, organizers said.

"We care about our community, not letting the community feel that they are isolated," said Maria Hernandez, a member of the Homeowners and Merchants Association of North Newark, which organized the cleaning along with City Council members Anibal Ramos, Luis Quintana and Mayor Ras Baraka's office.

"We try to target communities that are in crisis," Hernandez said.

Along Mt. Prospect Avenue between Park Avenue and Bloomfield Avenue, at least nine homes were abandoned with boarded up windows and sections of the homes falling apart. Residents said two homes had sewage problems that stunk up the neighborhood and drug addicts often slept inside the homes, leaving trash and empty bottles all over the property and sidewalk.

"This is perfect," said homeowner John Gutierrez as he watched the volunteers, who had finished sweeping and started a block party with food and music. "I want this every weekend," he said, adding that he has to clean the abandoned property next door every day, and even locked the front door to prevent people from sleeping inside.

"I think it's good," added resident Dominic Perez, who lives on the block. He said the street can get pretty dirty but it was a nice gesture from the community. His two daughters smiled as they showed off their face paint by one of the volunteers -- a butterfly and some blue flowers.

The event was as much about cleaning as it was about engaging the community, organizers said. Saturday included free food for the residents with music and dancing. Representatives from the fire department, women's services and other community organizations also set up tables to bring residents information.

Gutierrez said he hoped the block clean up would bring more attention from the city to address the issue of abandoned properties in the area. He said the house next door has been abandoned for eight years and he was growing tired of having to clean it.

"I don't understand why the city doesn't do more," he said.

The street cleaning is the second of three clean-ups scheduled this year. Those interested in volunteering for future events can contact Detective Joseph Bernal at (973) 336-0821.

"We want them to be proud of where they live," Hernandez said. "How do we move Newark forward? We make Newark beautiful."