Ramos credited Manny Rosa for transforming the site of the former Newark Wire Cloth Co. Building in the northern-most section of Newark into the Enchanted Victorian Village, the city’s first market-rate, detached-home development in more than a generation. A ceremonial ribbon cutting was held today. 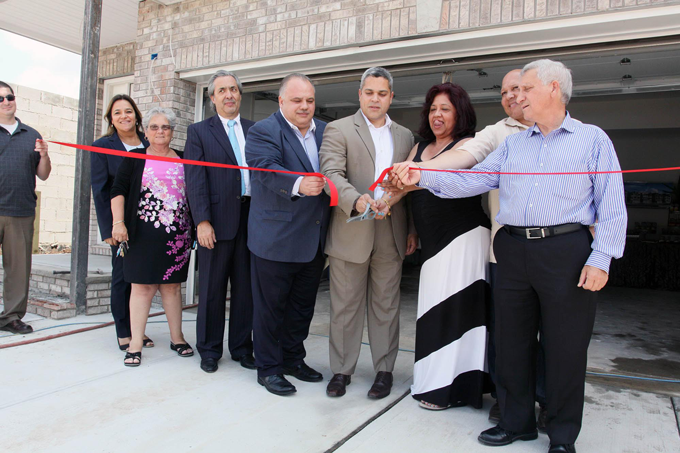 “Manny Rosa is someone who believed in Newark at a time when many people wrote this city off,” said Ramos, who presented Rosa with a resolution from the City of Newark. “Many Rosa has built hundreds of homes throughout the city and this particular development is his crowning achievement. This development will bring much needed tax revenues to the city and provide excellent housing options for those who want to live here.”

Rosa, who has built hundreds of homes throughout Newark, purchased the property more than a decade ago when Newark Wire Cloth moved in 2006. Rosa said his vision was to create a picturesque community that differed from what has become known as the “Bayonne box,” an architecturally straightforward, functional three-story residential structure that has become ubiquitous in Newark.

“I wanted to have twists and turns, peaks and cornices, things that were of curiosity and interest, not the same thing repeated 25 times,” said Rosa, who took cues from the stately Victorians in Cape May and the famous Painted Ladies along Alamo Square in San Francisco’s Pacific Heights neighborhood.

“I took pictures whenever I traveled then I sat down with architects to get the ideas out of my head and onto paper,” Rosa said. “I went to San Francisco twice to get different ideas. These houses don’t just stand up, they stand out.”

The community is across the street from Park Elementary School on Verona Avenue and Manchester Place bordered by Branch Brook Park. Rosa demolished the old factory building and created a new road and sidewalks along with gas, sewer and water lines. A 54-unit luxury rental building is also planned for the site. No government subsidies went into building the homes or the infrastructure.

Each of the homes are named after towns in Portugal, including the hometown where Rosa was born, Boticas. Rosa came to the United States in 1955 at the age of 6.

So far, 14 of the 25 planned homes have been built. The homes have amenities buyers would typically expect in higher-priced homes, including granite countertops, custom tile and hardwood floors. Rosa estimates the entire project will be completed in the Spring of 2016. 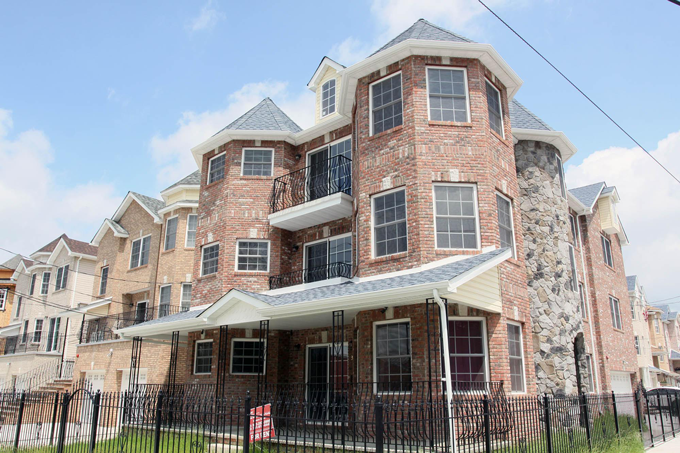 Enchanted Victorian Village in the North Ward of Newark.

Buyers are coming from all over the New York metropolitan area, including the Bronx, Manhattan, as well as Newark and as far away as China.

“This development is putting Newark on the map as a destination and changing perceptions about the city,” Rosa said. “Many people who don’t know Newark can’t believe they are in the city. They have never seen a community that looks this picturesque.”

Read coverage of this ribbon cutting on nj.com